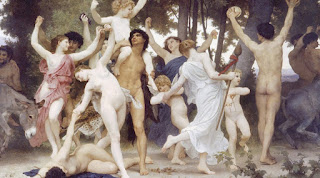 Hope you're all making the most of the last day or two of Saturnalia but saving a libation for Sol Invictus on the 25th.

May Marduk tame all but your entertaining monsters.
at December 22, 2016 1 comment:

It's the End of the World. Again. 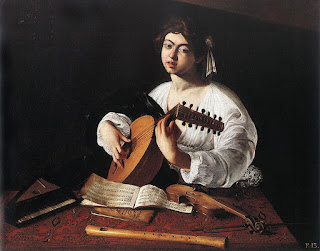 Yes indeedy doody, the end of the world... at least according to one A. Chakrabortty writing in the Guardian on Friday.

Tim Worstall restricts himself to pointing out that Wolfgang Streeck, the subject of the piece, is an (economic) sociologist, not - as claimed -  a (political) economist.

But I think it is much shittier than that. AC is visiting a Caravaggio exhibition with WS on the morning of Trump's election, indeed an apocalyptic moment as any wag and many a Hillarista will tell you, if they haven't already

In a moment, in the twinkling of an eye, at the last trump: for the trumpet shall sound, and the dead shall be raised incorruptible, and we shall be changed.
1 Corinthians 15:52


You don’t merely look at a Caravaggio; you square up to one


At a scene of cardsharps he [WS] exclaims, “Feel the decadence! The threat of violence!” He notes how many paintings date from just before the thirty years’ war: “They’re full of the anticipation that the world is about to fall apart.”

Caravaggio started his apprenticeship in 1584 and died in 1610, so in fact all of his paintings inevitably date from between 34 and 8 years before the outbreak of the Thirty Years' War in 1618. He was an Italian working in Italy. How his work might relate to events in Hungary, Bohemia, Saxony &c eight years after his death is a mystery to me.

I might note that the world did not fall apart in 1618, observe that WS and AC are not art historians or any sort of historians at all, and suggest that AC furthermore appears bereft of anything resembling common sense or honesty.


This summer, Britons mutinied against their government, their experts and the EU – and consigned themselves to a poorer, angrier future. Such frenzies of collective self-harm were explained by Streeck in the [book you're all crying out to read]

I am not a Guardian reader, having no appreciation of the art of the post-truth, post-fact, post-reality newspaper hack. I doubt, on this showing, the mental capacity of those who are and do.